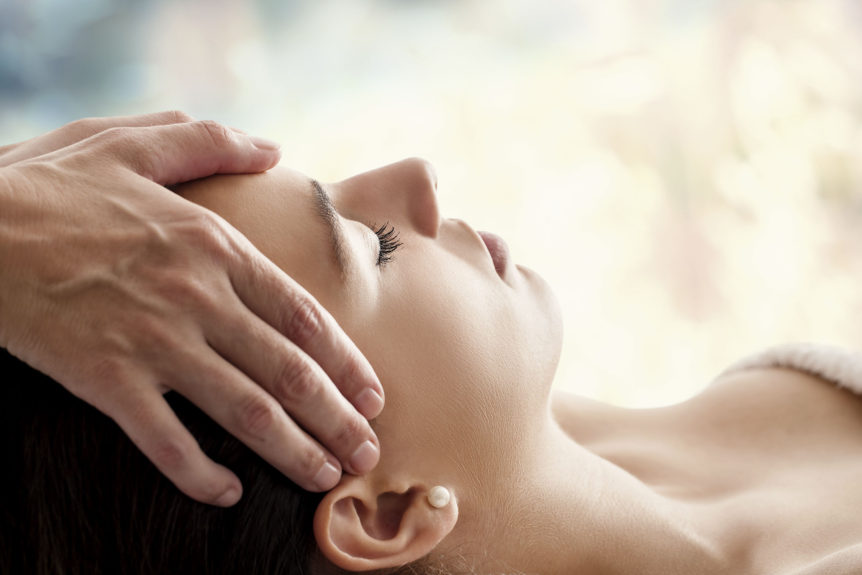 The cranium is big jigsaw puzzle made up of 22 bones connected to the joint lines called sutures. Current research is conflicting on whether the bones can be moved or not but in the clinic I have seen great improvements in people’s facial symmetries after working on cranial bones. Facial asymmetries can occur after head trauma, surgery to the head or face and with dental problems. Changes in the alignment are often slow and thus hard for the patient to pinpoint when this could have started to shift. It is important to get to a full patient history to identify the beginning of the cranial shift as it is often the most restricted area.

When I’m talking about the cranial bones moving, I’m not talking about big movements like inches. They are very small movements that start to change the alignment of the jigsaw puzzle. The Institute of Physical Art teaches a specific order in which to treat the cranial sutures that they have found to be the best for overall improve in alignment. In Functional Manual Therapy, we treat in this order to affect the whole skull even when it might just be a facial malalignment because the motions are so small in the skull. You need to treat all of the sutures to reinstate the symmetry.

There are other benefits from cranial bone mobilizations other than improve facial symmetries. When the bones have been stuck there can be a decrease in the flow of cerebral spinal fluid (CSF) around the brain which is the brain’s way of getting rid of the waste products produced by the brain. In the rest of the body you have the lymphatic system that clears out the waste but in the brain it is done through the movement of CSF around the brain. When there has been a head trauma, like a concussion, that area of the brain can be impeded in its ability to move CSF around the brain. Headache suffers can find relief after getting the cranial bones mobilized due to this improved flow of CFS. I’ve even had patients say they feel like the fog has been lifted after improving the mobility of their sutures.

Treatment entails palpating the suture lines for areas of restricted movement then applying appropriate pressure in the direction of the hardest end feel and having the patient perform little movements such as eye motions, head nods or raising eyebrows to help free up the area of restriction. People that have restricted cranial motions can be very sensitive to the touch in these areas but treatment is tolerated well because the patient can determine how far into the motion they move thus putting them in control of the amount of discomfort they are able to endure.

I have had amazing results when treating people with facial asymmetries from different causes. One woman had been hit by NYC cabs twice, suffering concussions each time. Over the period of a year she noticed her glasses were crooked. It only took 4 sessions to get her back to level. Another woman in her 30s had emergency eye surgery when she was 5 years old. Over the 25+ years she had developed such significant facial elongation on one side that she covered half of her face with her hair to avoid people staring at her. Today she proudly pulls her hair behind her ear for people to see her beautiful face! Another interesting case was a woman that noticed her eye closing while smiling after having surgery to her opposite ear to correct a blown eardrum. In 7 sessions, she had equal facial measurements and smiled with more pride and comfort!

In all of these cases, they had gone to plastic surgeons but their dysfunctions could not be fixed with surgery. The bones needed to be moved to bring back the symmetry. If you are embarrassed to smile or have to get your glasses adjusted to sit evenly on your face, call me today to inquire how physical therapy might be able to help!